When I ask someone why were hooks created, I often get the simple answer of “to give functions state”. That is not entirely true.

Hooks were made to solve a set of real problems that React had previously to its implementation. The solution to these problems were in fact hooks - a simpler lightweight primitive to add state or lifecycle to a component without classes.

But, what were the problems React had? 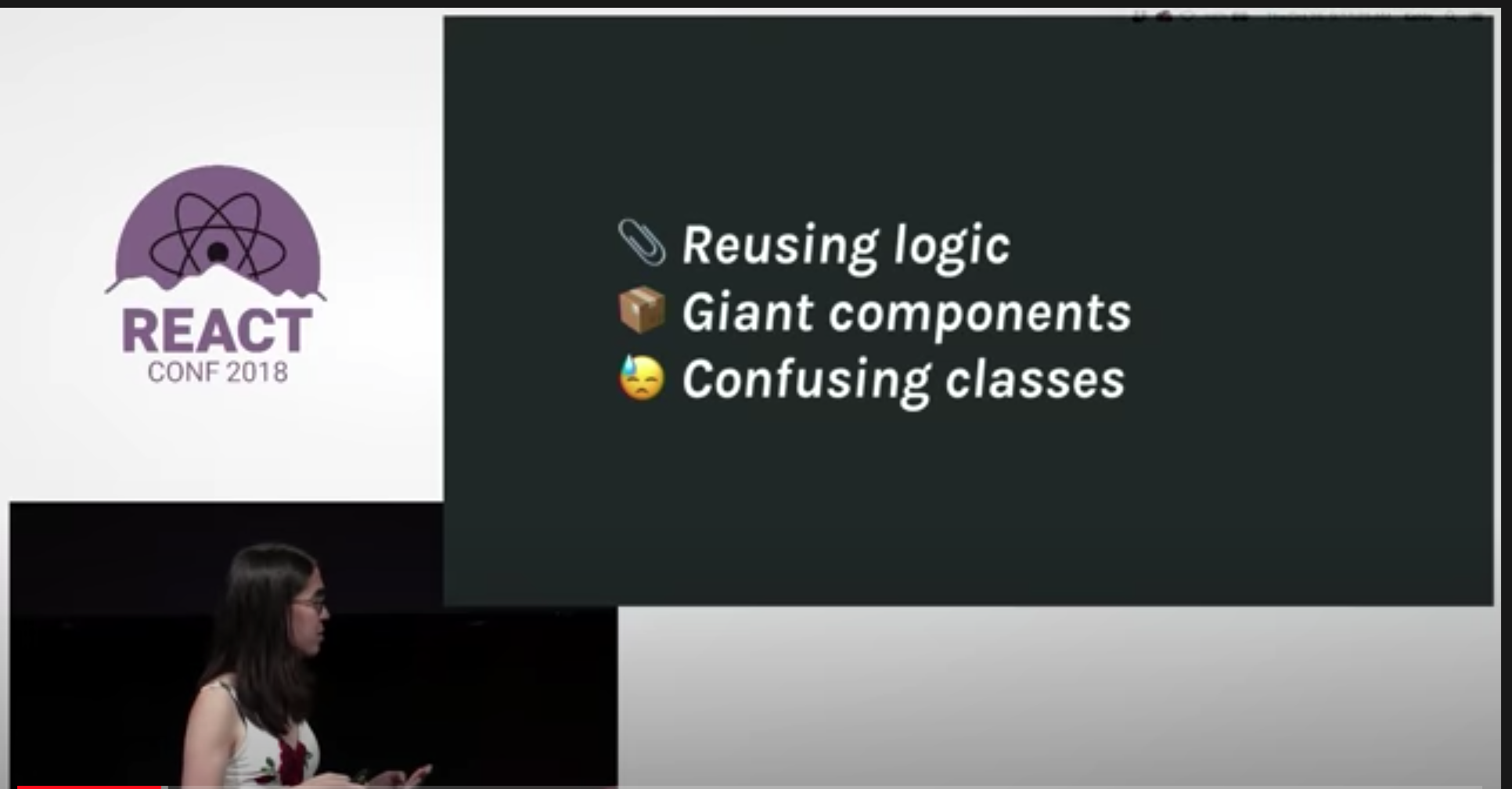 In order to reuse logic, the standard way was to lift up the logic into a wrapper. And with this emerged two patterns, first, Higher-Order-Components and another one called Render Props (some also described it as a Function-As-Child-Component).

There are multiple posts on HOC and Render Props, take your time to go over them if you never heard of them.

Both patterns had similar problems. The main problem that was used as an argument by Sophie was the resulting “wrapper hell”. Both HOC and Render Props added wrappers to your component tree, resulting in this unexpected large tree of components.

Classes and lifecycles introduced a lot of boilerplate and fragmentation of your code.

Take the following screenshot as an example: 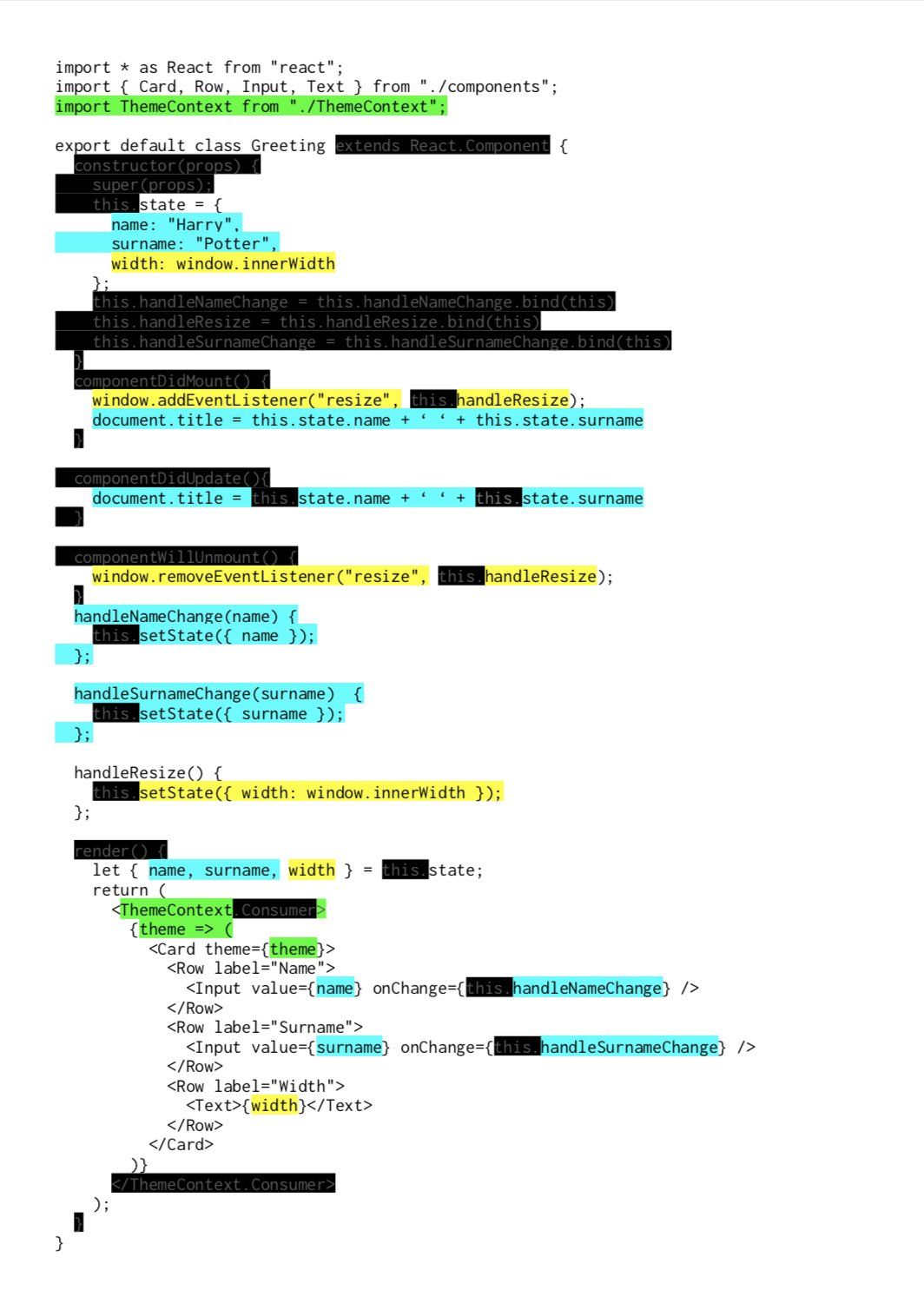 And as you can see by looking at the screenshot the logic ends up fragmented in multiple places. With hooks, it removes the boilerplate and groups the logic in blocks. The new approach makes it easier to understand the component. 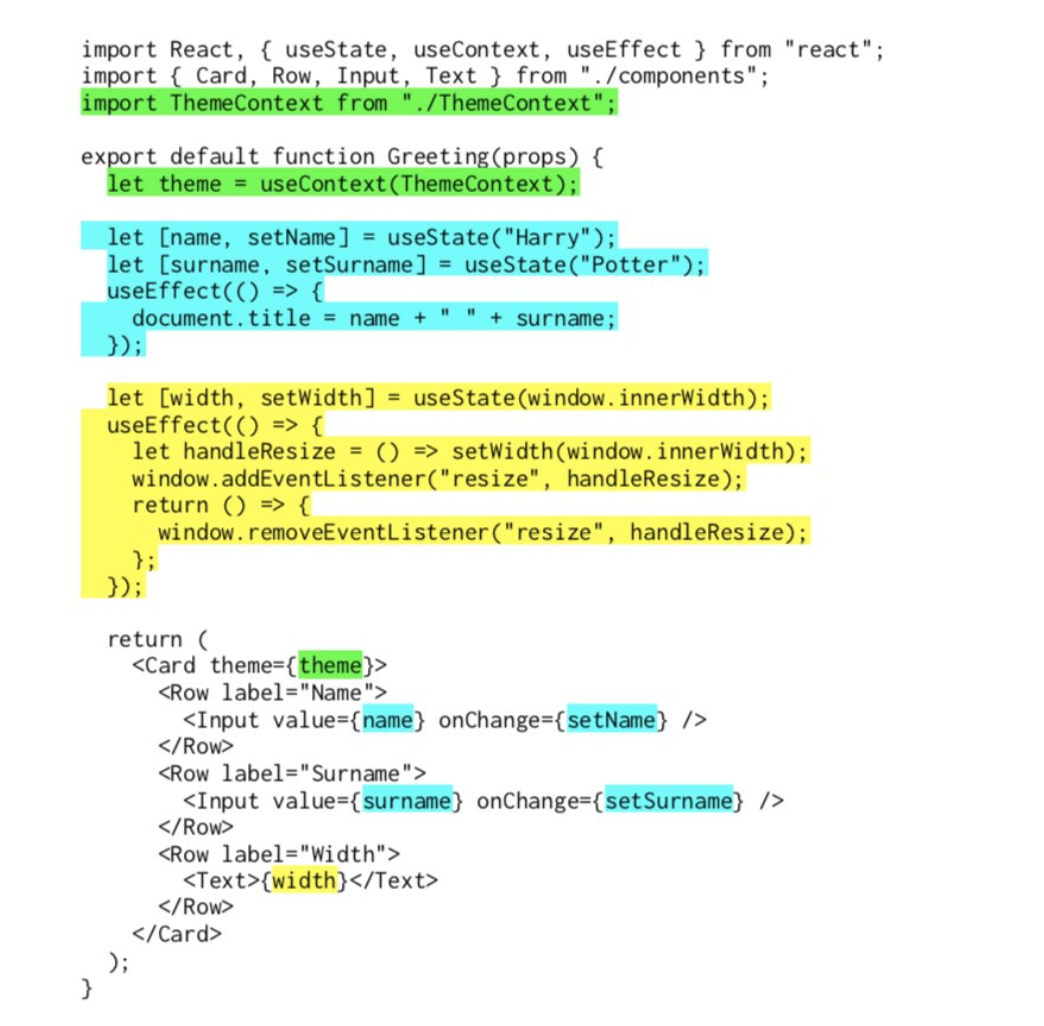 These screenshots were shared on Twitter by Sunil Pai, although I did not find the original tweet, I did find a reference to it here

Classes are hard for humans.

When to use or not a constructor. Do I need to bind the this keyword? Do I not? Do I inline the binding or do I add it in the constructor? Which lifecycle do I use? And so on.

So many questions related to using Class components that I even made two videos about it, one and two.

Classes are also hard for machines

Sophie mentions how minified classes do not get their method names minified and any unused methods do not get stripped.

The problem was the lack of a smaller lightweight primitive to add state or lifecycle other than classes.

Mixin had already solved this.

Nevertheless, mixins are not recommended. Mixins are considered harmful.

With the aim of improving logic reuse, component size, and component complexity, React hooks was created.